Relli Technology Holland has formalised and strengthed its relationship with the premier Italian manufacturer of ground support equipment Rotodyne S.R.L., becoming authorized dealer for The Netherlands, Belgium, Germany and Denmark. In cooperation with Rotodyne, Rell Technology Holland B.V. will be able to support all requests for parts and proposals, both in the military and civilian markets. 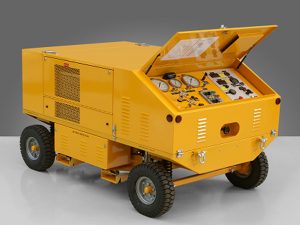 For over 30 years, Rotodyne has operated in the field of design, development, manufacture and maintenance of aircraft and helicopters ground support equipment both for production lines and end users.
We develop special tools and maintenance equipment based on customer requirements for both civil and military applications.
Our units have been chosen by Leonardo Company – Helicopters Division (ex AgustaWestland) as OEM equipment for the support of their helicopters and are utilized in all their production lines and distributed through its commercial network.

Our products are distributed all over the world through selected dealers.

Rotodyne, to increase the maximum efficiency in the use of its equipment, promotes at its own premises, training session (course) for operators and maintainers, on the same equipment that they will use at their operation and maintenance facilities.